BEIJING, China – China has begun prepping for its fourth round of national volume-based procurement (VBP), its tentative list for this round consisting of 44 products with 90 specifications.

Most drugs on the list are chemical drugs, either available in oral regular-release forms or as injectables, and are intended for more than one specification. Notable anti-cancer medicine Bayer’s Nexavar (sorafenib) for liver, kidney, and thyroid tumors made the list but could face generic competition, as China-based Jiangxi Shanxiang and Fosun’s Chongqing Yaoyou both have sorafenib generics approved in China, according to Sina news.

However, biologic and biosimilar medicines, as well as traditional Chinese medicines were left out in the unofficial fourth national procurement list, despite rumors suggesting otherwise, reported Chinese media. 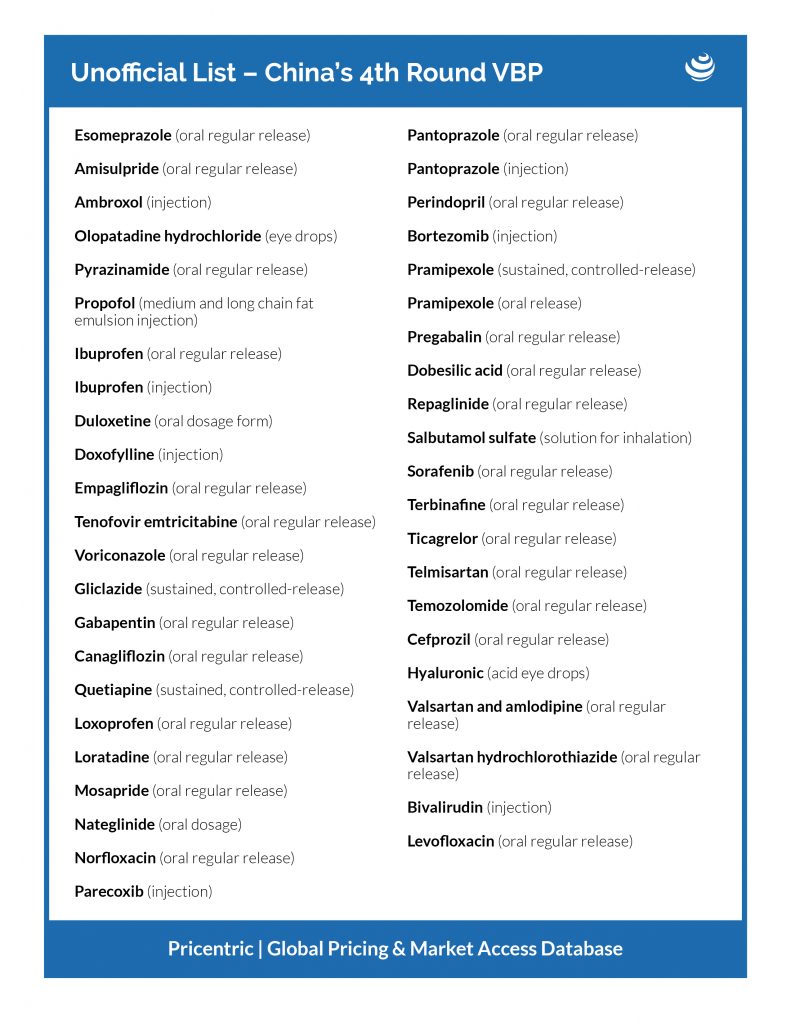 A deadline of December 21 has been noted for China to finalize the necessary volumes of these products for participating cities and their medical institutions.

China’s third round of national centralized procurement, which wrapped mid-August, saw average price reductions of 53%, according to the National Healthcare Security Administration (NHSA). The third round was China’s biggest yet, with 56 drugs by generic name with 86 product specifications up for grabs and more cities are joining in.

During the tender, 189 companies partook in the bidding to supply public medical institutions, including hospitals, with their medicines. All in all, 125 companies won bids involving 191 products, representing 55 of the initial 56 drugs up for grabs.

The first two rounds of procurement were smaller in scale, as each go sought to procure up to 70% of public hospital consumption value—or, up to 80% in the case of round two. Round one of procurement, dubbed the 4+7 tender trial, included 11 select Chinese cities such as Beijing, Shanghai, and Chongqing, that account for between 30% and 50% of all total drugs used in China.

On average, centralized procurement has led to price cuts of 52%-54%, a trend that continued in the third round.